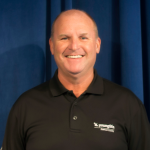 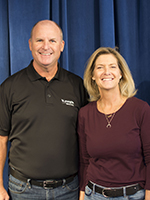 Dr. Barry D. Crocker is a native of western New York, where he was raised in the small town of Portville.  He felt called by God to full-time ministry at the age of 18.  Although he ran from the call for almost two years—what he calls his “Jonah period”—he finally surrendered to what God wanted him to do in 1979.  He graduated from Roberts Wesleyan College in Rochester, NY in 1983.  Pastor Barry met his wife, Denise, while in college.  They were married in 1982.  After college, he served as the Pastor of a small church in Utica, NY for a year prior to enrolling in seminary.  He graduated from Southeastern Baptist Theological Seminary in Wake Forest, NC in 1989 with his Master of Divinity degree.  He also served as a Pastor in Virgilina, VA while attending seminary.  He earned his Doctor of Ministry degree in 2000.  Over his 36 years of ministry, Pastor Barry has served churches in New York, Virginia, North Carolina, South Carolina and Georgia.  He and Denise have two grown children, and have lived in Cumming since 2009.